We design our organization in such a way that it supports us in living our company values. This is especially true for the leadership of our company. Find out more about the executive team who are spearheading the company’s path to profitable growth and fulfilling our mission.

Before joining Hero, Versloot worked for Royal Numico / Danone. He held various commercial and marketing leadership roles for the company in The Netherlands, Brazil, Indonesia, and Russia. Versloot holds a Master’s in Business Administration & Management from the University of Groningen in The Netherlands.

Karsten Boyens joined the Hero Group as Chief Financial Officer (CFO) in April 2016. He brings with him a wealth of experience in the financial field and consulting, previously working for the Beiersdorf Group and McKinsey & Company. His responsibilities include Finance & Controlling, Tax & Treasury, Legal & Compliance as well as IT.

He holds a Master’s degree in Business Administration from the WHU – Otto Beisheim School of Management in Koblenz and a PhD from the Christian Albrechts University of Kiel (Germany).

Markus Lenke joined our German subsidiary Schwartauer Werke in December 1993. He held different Commercial and GM positions within the company and was appointed to Regional Vice President in July 2010. He has been a member of the Executive Board since 2011. During his long career with the Hero Group, Lenke held various positions in sales and marketing functions, among others. He was also General Manager for both Schwartauer Werke and Semper in the Nordics.

Lenke holds a Master’s in Business Administration from the University of Hamburg, Germany.

Christian Schierbaum was appointed Chief Marketing Officer at the Hero Group in September 2019. He has an extensive professional background in the FMCG industry. Christian has worked in various marketing, sales and business leadership roles on global, regional and local level in industry leading companies, such as Wella, Reckitt Benckiser and Mondelēz. He joined the Hero Group from Mondelēz, where most recently he held the positions of President Marketing Europe and President Gum & Candy Europe.

Born and raised in Germany, Christian obtained his Master’s in Business Studies from the Justus-Liebig-University Giessen.

Witte van Cappellen joined the Hero Group in 2000 as Director Operations before taking over as General Manager of Hero Netherlands and subsequently Hero Benelux. In 2009, he assumed the role of head of Semper AB and was appointed as Cluster General Manager Northern Europe, which includes the Hero business for the Nordics and Organix UK, in 2015. Van Cappellen held the position of CMO before moving to his current position, where he is responsible for the Hero Group Supply Chain and Procurement functions.

His previous career path saw him take on a number of senior roles in supply chain and operations functions for Royal Numico in the Benelux region, Poland, and the UK. Van Cappellen obtained his Master’s in Business Administration from the NIMBAS Graduate School of Management in Utrecht, The Netherlands. 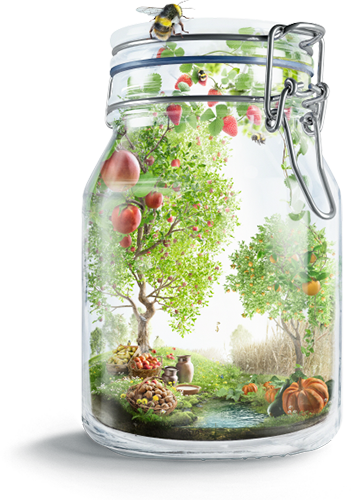 Delight consumers by conserving the goodness of nature